Sean P. Kelly, our current President, is our immediate past Vice –President serving from the period 2014-2017. He holds an Amateur Extra Radio Class, call sign W5SPK. He was first licensed in May 1999 as KD5HGS. He owes his love of the hobby to his father, Patrick W. Kelly (WQ6N-SK). He has earned certifications in emergency communications from the American Radio Relay League as well as completing courses with FEMA in ICS, NIMS, and AUX-COM. He is a nationally certified firefighter (IFSAC and Pro-Board Seals) and a registered Emergency Medical Technician in the State of Texas. He is a veteran volunteer FF/EMT having served four different departments in three states. He is married and father of two. His family includes three additional licensed operators – his wife Shannon is W5SEK; Conor, his son is KG5UPJ; and his daughter Grace is KG5APE. Sean is employed by Amphenol Corporation. Sean’s mentoring focus is tied to emergency communications and HF mobile operations. Following a lifetime of interest, interrupted by family and career, Tim became a General Class Amateur Radio Operator (KF5JDH) in 2010 and upgraded to Amateur Extra in 2012.  He is active on the HF bands, chasing DX, working digital modes (RTTY, JT-65, and FT-8), casual contesting, and the occasional FM satellite pass.  Off the air, Tim enjoys Antenna Parties, Field Day, the Plano Balloon Fest Special Event Station, Elmering and being Elmered, teaching Technician and General classes, and is a Volunteer Examiner.

Tim is a retired Chief Petty Officer (Electronics Technician) having served over 25 years in the US Navy and Naval Reserves.
Tim’s career in telecommunications, has ranged from twisted pair phone lines, satellite, microwave and fiber-optics networks; to VoIP technologies.  Tim is currently working at Verizon as a Principal Solutions Architect for cloud based telephony and networking solutions. 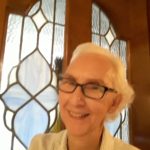 I have been an Amateur Radio Operator, HAM, since 2014 with an Extra Class License. I am presently learning CW. I belong to PARK, Plano Amateur Radio Klub, and became Secretary in October. I also am a member of SARA, Sachse Amateur Radio Association, and have been Secretary since 2018. I recently became an Assistant Section Manager for the North Texas West Gulf Division of ARRL with the main focus on ladies becoming Hams and have joined YLRL, the Young Ladies Radio League with the hope of bring more attention to the contributions Ladies have made in Amateur Radio.  Over this past summer, I began helping with the North Texas Traffic System, learning the process of passing messages through this system.  This will help when normal means of communication goes down in the time of need. I love helping with various activities and help to support the Plano Balloon Festival as part of the radio group for balloon recovery teams.  I also support Mentor Fest and Ham Com by volunteering at the sign-in/registration table. I work with two VEC’s as a supporting VE hoping to encourage new hams to continue with their radio studies.  I participate in club nets and volunteer as net control with SARA, as well as volunteering with PARK and SARA in various community activities.  I am a part of CCARES, Collin County ARES, participating in weather nets and working with Wylie’s lead radio operator to provide updated information for my home area of Wylie.  I am a member of ETCERT, East Texas Community Emergency Response Team, which serves Rockwall, Hunt, Kaufman, Collin, and Vans Zandt, and I have recently joined the Sachse CERT Team.  I continue to train by attending Skywarn training yearly and taking various FEMA courses on line.  I am really enjoying myself with these various groups and continue to acquire skills that can help my community in times of need.  I look forward to providing the PARK group with information and documentation that will benefit the Klub and the community it serves.  I am proof it is never to late to learn something new.  I hope to meet and talk with many of you over the next two years.  73 (–…   …–)

Tony has been an Amateur Radio Operator for over 30 years.  He first received a novice license in 1975, but let it lapse due to travel issues with his family.  After graduating from High School, in 1977, he obtained a new call sign KB5MK.  He used this call throughout college and his initial professional career in telecommunications.  When he upgraded to Extra Class, he obtained the vanity call W5ADC. He has served in various capacities in the P.A.R.K. club from a member to his current position as Activity Director. Kip, AE5IB, got his license in 2007. He enjoys the public service and emergency readiness aspects of Amateur Radio. He usually operates on VHF and higher, and likes to work with HSMM-MESH at 2.4 GHz. Now his weekends seem to be taken up working on the PARK repeater. You can usually find him helping out with The Plano Balloon Festival, Bike MS: Sam’s Club Round-Up Ride, the Dallas Marathon, the Blacklands Triathlon, The Plano Christmas Parade, and many other events during the year. He also is active in the Rapid Deployment, Communications Assist Group (RDCAG) to provide Winlink email service.

John was licensed in 2010 and has enjoyed combining the hobby of amateur radio with his enjoyment of computers and programming. He passed his General exam a few years later at HamCom. After learning about the PSK31 HF digital mode of operation and HRD, he has taught a few classes to PARK on the subject. Currently, he is in college pursuing a degree in Computer Science.

I just passed 50 years as a ham. I started at 14 years old as WN5ZGC and then became WA5ZGC with the Advanced class which I still have. As soon as I could I applied for my vanity call NE5IL. I was active at Texas A&M W5AC. As with most ‘old’ hams my activities have been varied through out the years and depending on family and work obligations. I enjoy operating Field Day and the 10 meter contest ( when the band is open ). I promoted ham radio through Boy Scouts when my sons were involved and helped with several JOTA activities. I help out with public service activities when I can. After being a member of PARK for many years I decided it was time to give back as a board member.

Brian retired from Northern Telecom Inc. in New England where he was involved in all areas of Operational Management for 14 years, having been recruited from International Telephone and Telegraph’s PBX division. Prior to his years at ITT he was employed at Western Electric / Southern New England Telephone CO. as an installer, building or modifying central office equipment. An interest in Amateur Radio was rekindled during his time with NTI, as there were a number of Hams among his technicians, but despite their assistance and coaching, the inability to decipher incoming code remained a roadblock. In 2013, Plano Amateur Radio Klub advertised a Technician class at which time he obtained Technician License followed by the General License upgrade in 2014. Currently studying for the Extra Class License and looking forward to ‘someday’ mastering code, his two primary radios are FT897D and FT817N both of which he uses for portable operating. He is profoundly appreciative of the trust of PARK members who have allowed him to represent them as a board member, and enjoys the responsibilities of his position. He strongly believes that a Ham Club should exist first and foremost for the enjoyment and benefit of its members, with all other aspects of the hobby including community service assistance being the result of practiced member participation.

Bruce became a ham in 1980 as a Technician. Just a few months later he achieved Advanced. He enjoyed HF CW, but became more interested in the Public Service side. Bruce became Weather related AEC for Collin County, and served as EC for Collin County ARES for about 8 years, and then became District 5 DEC. He has previously held Communications Director, Treasurer and President offices within the PARK organization. He is an avid photographer, and is presently working as Production Manager for a small company that builds Test Equipment for the US Air Force.

Kip, AE5IB, got his license in 2007. He enjoys the public service and emergency readiness aspects of Amateur Radio. He usually operates on VHF and higher, and likes to work with HSMM-MESH at 2.4 GHz. Now his weekends seem to be taken up working on the PARK repeater. You can usually find him helping out with The Plano Balloon Festival, Bike MS: Sam’s Club Round-Up Ride, the Dallas Marathon, the Blacklands Triathlon, The Plano Christmas Parade, and many other events during the year. He also is active in the Rapid Deployment, Communications Assist Group (RDCAG) to provide Winlink email service. Charlie Taylor has been a licensed amateur for 8 years and holds an Extra class license. His favorite activities are contesting, VHF/UHF weak signal work, and building antennas.

7:00pm, every 3rd Monday on Zoom and in-person at FUMC Plano